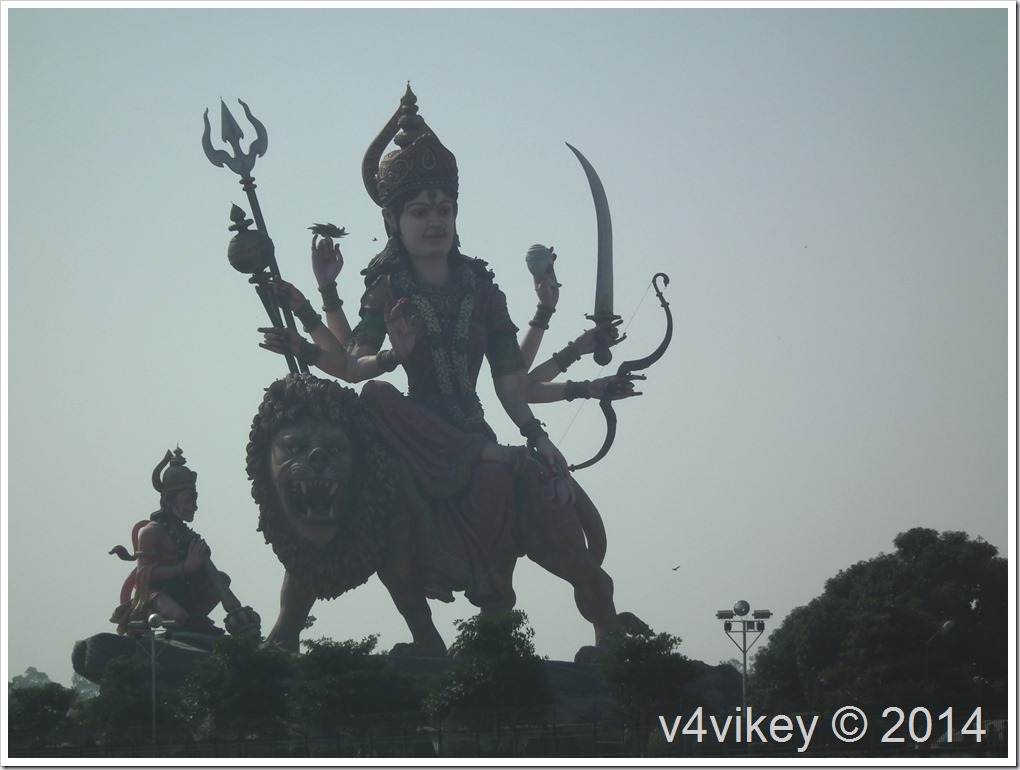 Krishna’s youthful dalliances with the ‘gopis’ are interpreted as symbolic of the loving interplay between God and the human soul. Radha’s utterly rapturous love for Krishna and their relationship is often interpreted as the quest for union with the divine. This kind of love is of the highest form of devotion in Vaishnavism, and is symbolically represented as the bond between the wife and husband or beloved and lover. 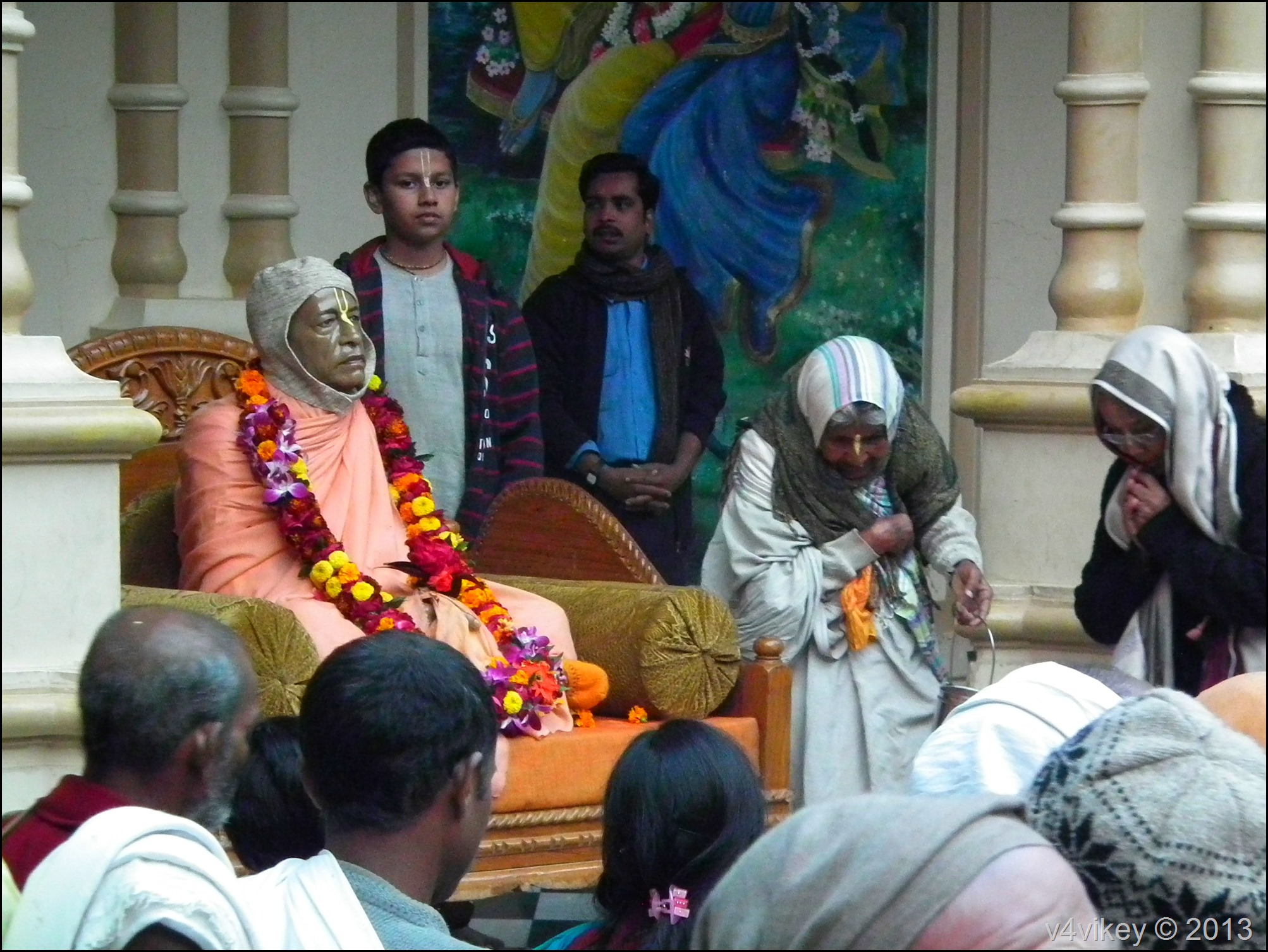 His Divine Grace A.C. Bhaktivedanta Swami Prabhupada (1896-1977) is widely regarded as the foremost Vedic scholar, translator, and teacher of the modern era. He is especially respected as the world’s most prominent contemporary authority on bhakti-yoga, devotional service to the Supreme Person, Krishna, as taught by the ancient Vedic writings of India. He is also the founder-acharya of the International Society for Krishna Consciousness.

Krishna with Yashoda at ISKCON Vrindavan

Krishna with Yashoda at ISKCON Vrindavan

One day krishna was playing with his friends in the courtyard of the house. Yasoda was busy cooking in the kitchen. Suddenly Balarama rushed to her and said, “Mother, Mother, Krishna has eaten mud.”Yasoda did not believe him. But the other friends also said, “Yes, mother, he ate in front of all of us even though we forbade him”. Yasoda was irritated by Krishna’s new prank. Her house had every kind of sweets. Why then should the restless boy eat mud? She rushed to Krishna, caught hold of him with her left hand and raised her right hand as though to slap him. She said: “You mischievous fellow! Why did you eat mud? Your friends and even Balarama say so.” But child Krishna protested. “Mother” he said, “I have not eaten any mud. They are all liars. If you want, look into my mouth.”

“All right, open your mouth. Let me look into it,” said Yashoda. Challenged by his mother thus Krishna, who was God come in human form to teach and delight His devotees, opened his mouth. Ah! What did mother Yashoda see in his mouth!

Inside the narrow space of her son’s mouth she saw the whole universe. There was the whole earth, heaven, sun, moon, stars and all else! All the gods and goddesses were there

Located at Vrindavan on Raman Reti Road, Uttar Pradesh, the ISKCON temple is the first temple built by ISKCON. One of the most significant spiritual centers in India, ISKCON (The International Society for Krishna Consciousness) was established by A.C. Bhaktivedanta Swami Prabhupada in the year 1966.
Its temple is in Vrindavan, Lord Krishna’s sacred city is a bustling place. Vrindavan was named after the delicate tulsi plant that is the symbol of Radha, Krishna’s beloved mistress. Also known as Sri Krishna Balaram Mandir, it is a well equipped with modern facilities. The temple courtyard is surrounded by verandahs with beautiful wall paintings depicting the life of Lord Krishna. 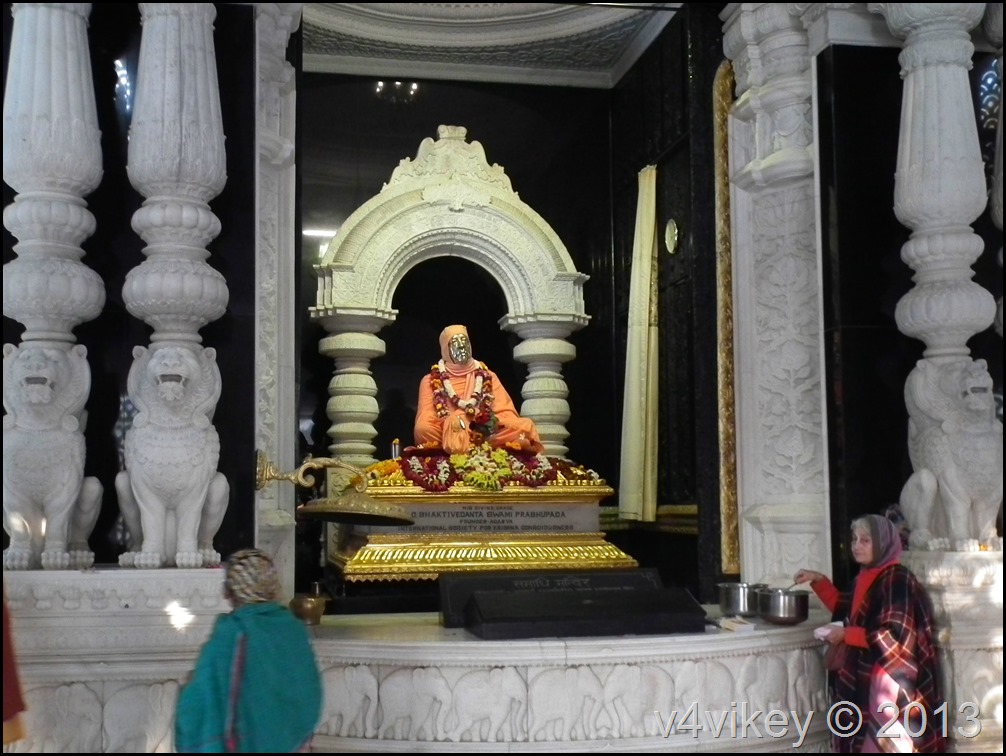 Every temple should be like this one! There is such a deeply felt mood of devotion and love in this temple. The care taken to decorate the Lord and His temple is evident in the beautiful darshans. And the perpetual kirtan is absolutely heart-penetrating. The property also has the samadhi and home of the great Bhaktivedanta Swami Srila Prabhupada who took bhakti-yoga outside of India and spread it throughout the world.

This is the actual adobe of lord Krishna, though I am not a fan or follower of ISKCON this place is very mesmerizing.

Unknowingly you will chant and dance to the tunes of “Hare Rama, Hare Krishna”

The evening AARTI is one such beautiful moment you need to experience for yourself. 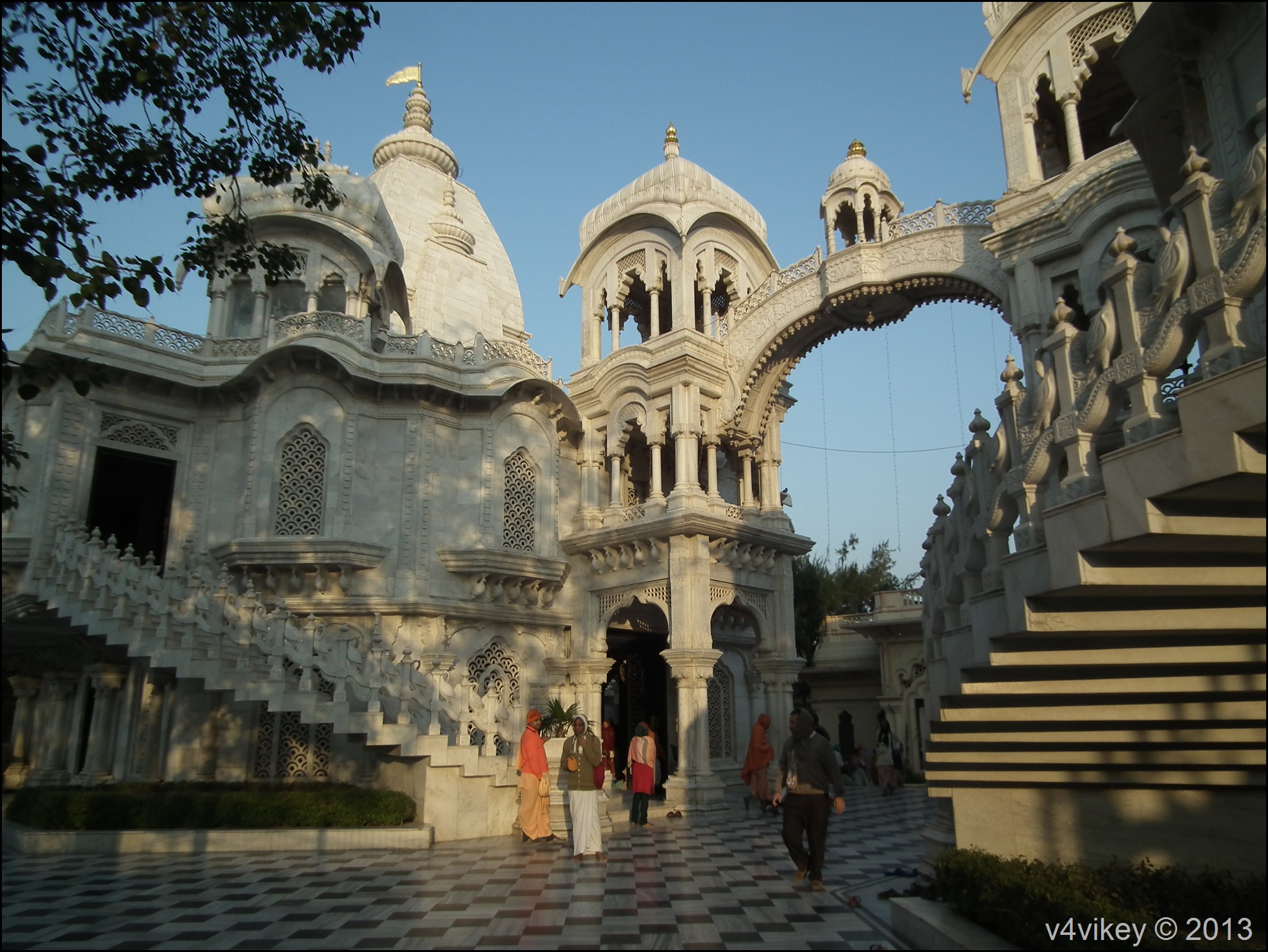 If you are at Vrindavan, this is the place to visit. Awesome !! is the only word to describe the place. It is a temple of Krishna and Balaram. We went for prayers, however were stuck with the beauty of the deity and the flower decoration. Go their, sit and enjoy for some time.

Vrindavan, the place where Lord Krishna indulged in his pastimes and where you will find a temple for Krishna in every nook and corner of this town, has over 5000 temples (I am told). In this labyrinth of temples the Iskcon temple stands out due to its sheer sense of “Bhakthi” or devotional service to Krishna. The beautiful temple made of exquisite marble sculpture and the most beautiful deities of Krishna, Radha and Gaura Nitai I have seen till date, reverberate with devotion. Incessant kirtan and bhajan, the flow of devotees (many of the from abroad and many of the ladies look like Gopis in Indian attire), the easily available Prasad and the fabulous Darshan (sight) of the Lord without any long queues make the ISKCON Krishna Balram temple the best in Vrindavan.